· Port Nolloth offers a traditional West Coast atmosphere.
· One of the few access beaches along the Namaqualand Coast.
· Restaurants and guesthouses are popular during the holiday season.
· An escape to the coast from inland Namaqualand.
· A great little museum that offers insight into the history of Port Nolloth.
· Local character and cultures are visibly different than the norm.
· FNB, Post Office, Big Spar, U Safe, Pep Stores, local shops and restaurants.

Port Nolloth is a harbour and mining town in the far northwestern part of the Northern Cape. It is a mere 90 km from Steinkopf and about 140 km from the town of Springbok. Port Nolloth is the direct result of the early copper mining industry close to Springbok. James Alexander prospected and discovered the large copper mine in Okiep in 1855.

The next step after the discovery was to get a port for exporting the ore. This is when Port Nolloth was assigned to be used as a harbour for exporting the copper from Okiep. A quay was built close to 1855. This quay could accommodate horses and carts carrying copper from the first copper mine. In 1876 the horses were replaced by a railway line of about 95 miles.

Increasing the demand for copper, invited a number of ships to come and collect the copper. The reefs adjacent to the harbour, along with the wild seas of the West Coast drove many ships ashore. The exporting of copper was later sent down to Bitterfontein in the south of Namaqualand. The decreasing ships had a tremendous effect on this initially bustling harbour settlement. The discovery of alluvial diamonds along the coast has revitalized the town of Port Nolloth yet again.

Prospectors and miners rushed to Port Nolloth all in search of riches in diamonds. Today you can still see some active diamond mines and the remains of one of the largest companies, namely De Beers. The diamond mining has been reduced to a single operator, namely Trans Hex Mines and some individual smaller concession holders. This is where diamond divers were born.

We have a house to fit your every need.

Come and stay in one of our fully equipped beachfront & seaview homes in Mc Dougallsbay, Port Nolloth. 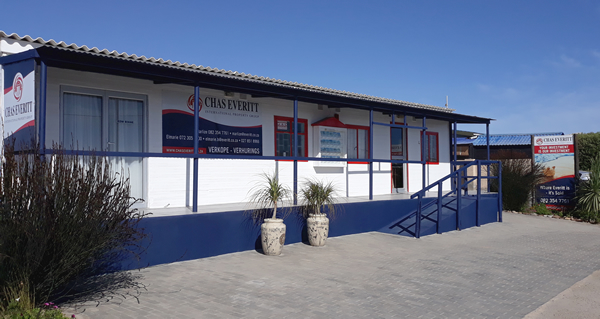